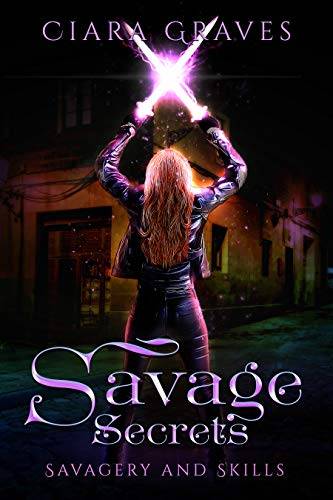 Seneca Savage is a bad ass with skills. Not the kind of skills that one puts on a formal resume. She’s the daughter of a mage and a fae, and now she’s an orphan and a former street kid. She’s had the kind of life nightmares are made of.

When she turned eighteen, things changed. Running into a vampire has a way of changing one’s life. Too bad the vampire didn’t realize she was part fae and that her blood was toxic to him. Toxic in the most lethal of ways. Except, the encounter changed her.

Now she freelances, selling her skills and her savagery to the paranormal government or any other individual who can afford her fee. She’ll spy, steal, and even kill. She has only one rule. She won’t kill humans. That’s the rule.

She maneuvers between assignments and skirts death, while at the same time tries to look out for the little human sidekick that she’d like to shake on most days.

Murder For Hire: A Psychological Thriller With A Twist You Won’t See Coming