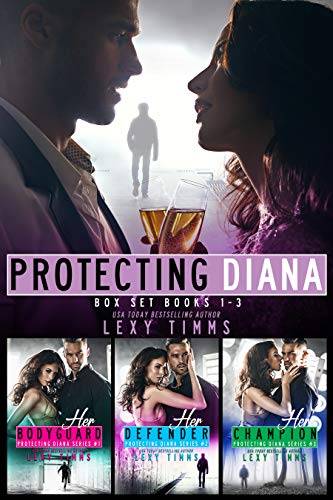 You've got to do whatever it takes to protect the ones you love...

His security company is the hottest on the market, but that doesn't mean his job is easy.

Ethan Stark has three rules:
Never get personally involved.
Never get blindsided.
And never screw around. Ever.

His Special Forces background, coupled with his family's resources, have made him successful, but they didn't prepare him for the politician's daughter with a body that could make grown men weep, and an attitude that puts his teeth on edge.

He's agreed to guard her as a personal favor to her father, but he's beginning to wonder how long he can put up with her spoiled brat ways. That is, until she sets her seductive sights on him.

Now he's got to keep her safe from a mystery threat while keeping it in his pants. Sometimes he thinks facing off an entire army would be easier…

Protecting Diana Series:
Her Bodyguard
Her Defender
Her Champion
Her Protector
Her Forever

Protecting Layla Series:
His Mission
His Objective
His Devotion

A Tale of Two Fathers