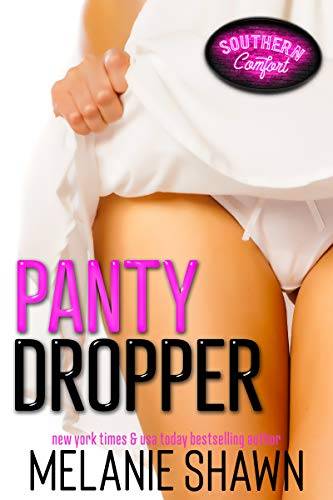 That's what people call me...
Growing up with the last name Comfort meant that I'd inherited a legacy. In our small town, the older generation of Comfort men were known for three things: hard work, boozing, and tragedy. Some believed the latter was due to a curse that doomed every male in our bloodline to lose his true love tragically. I was of the mind that our fates were in our own hands.

With my father's passing, my brothers and I were the new generation of Comfort men. We were also known for three things: fighting, flirting, and another F word that I'd never use in mixed company. My oldest brother was the fighter, my baby brother was the flirt, and that left me. I'd earned the nickname Panty Dropper by the time I was legally allowed to drink.

It never bothered me much, until the day I laid eyes on a woman that made me want to be a better man. The only question was, would she see the real me, or would my past and the curse be too much...even for fate?

That's what people were calling me...
Growing up with a single mom who cared more about her next boyfriend than things like paying the electric bill, I was determined to create a stable, respectable life for myself as an adult. And that's exactly what I'd thought I'd done. I shared a condo overlooking Central Park with my fiancé, who was on the fast track to making partner at the law firm where we were both associates. And which just happened to be owned by his father.

Cut to me walking in on the man I was going to marry, just weeks before our wedding, with his briefs--and I'm not talking about the legal kind--down around his ankles.

Oh, and did I mention the pricey penthouse we shared was a gift from his parents? Talk about putting all my eggs in the wrong basket.

In the blink of an eye, I found myself homeless, jobless, and ringless.

My "fresh start" landed me in a small town, where the nights are hot and the men are hotter. Soon, I found my reputation and job were on the line once again...but this time, I had a feeling it might just be worth it.
Romantic Comedy Contemporary Romance

This book is a fantastic read. The chemistry between Billy and Reagan was out of the world. An easy read and one you won’t want to put down!

Keeps you on your toes

One of the funnier books I’ve read with mild steam. Happy ever after as well, however, it does end on a cliff hanger… hoping their story isn’t over!

This is the first book that I read by this author, and I am excited to dive into the rest of the books in the series! I can tell from by the way this book ended that the characters will continue on in the next box so I get to know them better and better as the story develops. I’ve read other series where the author ties the plot through several books and I love it! These are my favorite kinds of series books! Thank you very much can’t wait to read the next one.

I had a hard time starting this book but I kept reading and then couldn't put it down. Ready to read for book 2 in the series!

Well what a surprise, can't wait to find out if what they think is true. Billy and Reagan are perfect together and I'm looking forward to more on them.

Interesting characters. Billy's evolution was well done and lovely to read. But, there is more to their story. Perhaps it will be revealed in the brothers story.

So with a nickname like Panty Dropper, you expect a past and sexy face. I’m not sure you expect true love to smack you in the face right away. That’s exactly what Billy Sunshine Comfort got in the way of Regan York. This fast paced love story will leave you laughing and waiting for more as you wait for the mystery of what happened to Billy’s Mom to be solved.

The Revelation of Light and Dark