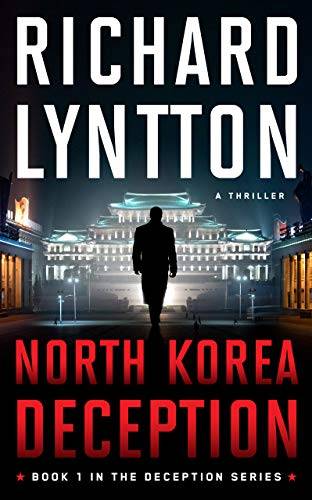 An unimaginable nuclear disaster. Thousands of lives at stake. One man can prevent it ... as a global conspiracy plots his assassination. Buckle up NOW for this gripping, action-packed thriller of international intrigue, espionage, suspense & deceit ... Can a reporter who hates corruption stay true to himself when lives are on the line?Is he being set up?Jack Steele survived the first Gulf War, Bosnia, and his time as a UN Peacekeeper. As a captain and tank commander, he saw the dark side of war. Skilled in language, he speaks Russian, German, French, and Bosnian. That’s why they sent him.Two UN Officials have gone missing. They were last seen in the Tumen Triangle.A 324-mile river that borders Russia, China, and North Korea, it’s a place few Westerners have heard of or understand. It would be a prize-winning story if he could crack it. Sometimes fate puts a person where they need to be—and then he saw the child fall beneath the ice.When Steele rescued the boy, it was the first domino to fall.Would it lead to North Korea launching a nuclear missile and taking the lives of thousands of innocent citizens?You’ll love this high octane, adrenaline rush of an international action thriller with twists, turns, an impossible romance, and excruciating choices: Jack Steele must risk his marriage, his job and his loyalty to Queen and country - if he survives. How will the puzzle fit together?Get it now!Here's what readers are saying ...★★★★★ “... this work of fiction is genuinely fascinating.”
★★★★★ “... This book was a thriller in every sense of the word.”
★★★★★ “... Exceptional!! … ”
★★★★★ “... North Korea Deception is a real page turner.”
★★★★★ “... an adrenaline-fueled, race car ride through plot twists and turns.”
★★★★★ “... This is one of those books you definitely have to add to your collection.”★★★★★ “… Epic geopolitical page turner!”★★★★★ “… Absolutely excellent storytelling by Richard Lyntton!”★★★★★ “… Great read!!!!”★★★★★ “… Riveting spy thriller.”Be sure to catch and read this ultimate international spy thriller for fans of Silva, Ludlum and le Carré.Get it now!
Military Thrillers Eastern European Literature Russian Literature

What a thrilling read!!!

I'm not one to read books. It's likely my ADD, but who knows. And I'm not a fan of fiction (at least, I wasn't until just now). That said, I purchased a hardcover copy at the suggestion of a friend. WHAT A GREAT READ! I loved the twists and turns, and the way the story unfolded. When it first arrived I promised my wife that I'd have it completed within a month. That was met by a chuckle. I finished it in 4 days! I really enjoyed sitting down at the end of the day and getting wrapped up with Jack, Natasha, Sandy et al to see what could possibly happen next.

Lyntton has done a great job, and has helped me realize that reading fiction thrillers is not a bad thing (especially when I can tell much of the experiences of the characters were actually drawn from his own life story). Continued success to this new author - I look forward to reading Hyde Park Deception and the continuing adventures of Mr. Steele. It's due to arrive on Monday. Can't wait!

I read this in one sitting. Lyntton has hit many of the right marks for a political thriller and on a debut, I give it five stars. The triple crossing of the players was a little hard to grasp, but the action and pace got me over that. There were a couple of deus ex machina turns that might have been made unnecessary by deeper exploration of the characters. Going in that direction in the future installments will make the series great.

This book is well written and researched based on the author’s personal experience. It is a great read with thought provoking subplots.

Richard Lyntton's North Korea Deception is riveting, suspenseful and relevant to current world events. This book is on order with Tom Clancy, Michael Palmer and Robin Cook. I couldn't put it down. I can't wait to read about Jack and Sandra Steel's next international intrigue adventure. Dr. Joe Lindsay Capt USNR-Retired

North Korean Deception is a winner

This is a great spy novel that takes the reader through Britain, Russia and both Koreas in a tightly wound thriller. A quick review of the author's background shows his intricate knowledge of not only these countries but also spy craft and the military tactics and hardware. My wife bought this for me for Christmas and we both read it and thoroughly enjoyed it. I recommend it without reservation.

I started read this book because I liked thed title. I almost gave up on it but then kept going and I was glad I did..

Richard Lyntton's character Jack Steele collides with political rivals and puts him at the center of the conflict. Lyntton's look into international relations, or the lack thereof, puts the reader front and center to the action. Riveting, suspenseful, and also a personal look into Steele's life. You won't be able to put it down.