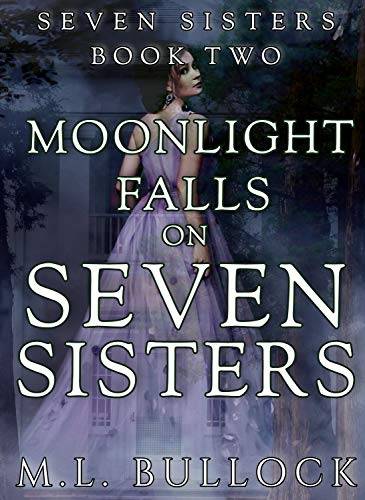 The Ghostly Saga of Seven Sisters ContinuesStep Into the Moonlight Garden--If You DareWhen a young, wealthy heiress, Calpurnia Cottonwood, disappears from Seven Sisters in 1850, rumors swirl. But no trace of the girl had ever been found--until now. Historian Carrie Jo Jardine and her handsome employer, Ashland Stuart, find clues to the heiress' whereabouts, and even more mysteries are revealed. With Carrie Jo's ability to dream about the past, she watches a sinister plot unfold. Is she unable to prevent tragedy, or can she intercede without ending up lost too? Uncanny encounters with an unhappy presence and a walk in the Moonlight Garden leave Carrie Jo wondering if the past is trying to repeat itself. Can she and Ashland survive threats from the present and the past? Will they be safe when moonlight falls on Seven Sisters?˃˃˃ Seven Sisters SeriesSeven SistersMoonlight Falls on Seven SistersShadows Stir at Seven SistersThe Stars That FellThe Stars We Walked UponThe Sun Rises Over Seven Sisters˃˃˃ Idlewood SeriesThe Ghosts of IdlewoodDreams of IdlewoodThe Whispering SaintThe Haunted Child˃˃˃ Return to Seven SistersThe Roses of MobileAll the Summer RosesBlooms Torn AsunderA Garden of ThornsA Wreath of RosesIf you love fast paced ghost stories, scroll up and grab a copy now!