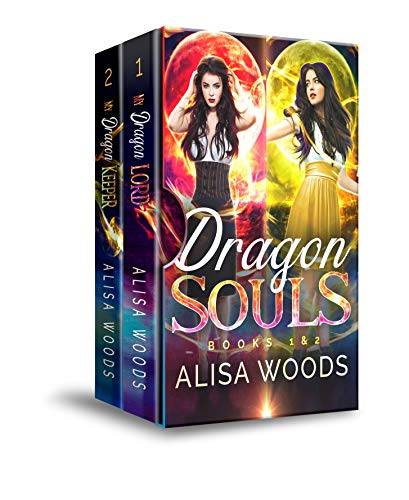 She’s stumbled into a lair of desperate dragons—and she’s just the thing they need.

I really messed this up.
Pinned to the floor by a billionaire playboy, caught stealing files from his computer.
“I’m trying to decide whether to kiss you or lock you up,” he says.
“Kiss me, and there will be blood. Not mine, either.”
He just smiles. Rich, powerful, probably used to getting anything he wants.

I’m just here to find my sister—I suspect he and his band of playboys have trafficked her and who knows how many others. I’m here for them too. Eventually.

But now I’m shackled to the wall in his dungeon—a literal dungeon in a literal castle tucked in one of the Thousand Islands at the border of Canada.

I really messed this up.

Ember’s a hot-shot reporter. Niko’s the sexy Lord of the Lair determined to find his soul mate… and he’ll do whatever it takes to save his people from extinction.

Get two books in this box set—My Dragon Lord, which is Ember’s story, and My Dragon Keeper, her sister Cinder’s story—for a LIMITED TIME! Each book is a complete story with HEA. Broken Souls is a steamy dragon shifter romance series that’ll heat up the sheets with love and warm your heart with dragonfire.

Soul of the Dragon