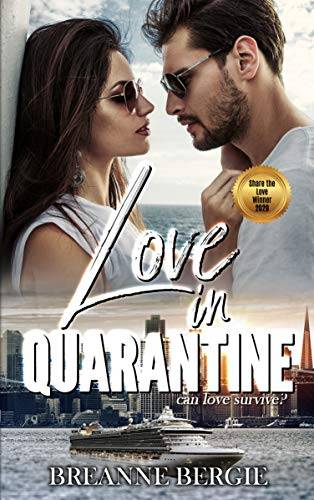 A deadly virus spreads across the globe and brings two cautious hearts together. Can love live with death surrounding them?

Hanna’s life is a mess and her junker car has seen better days. An urgent phone call from her family compels her to put her troubles aside and hit the road in search of answers.

Hank’s a handsome man with his own past. He needs to get to his parents, and he finds Hanna in her broken-down car, needing the same thing. Despite their differences, he generously offers her a ride as they travel across multiple cities, but the Fiery Death threatens their journey at every turn.

As the virus spreads, Hanna and Hank’s attraction for each other takes hold. A love that consumes them both, more than the pandemic that follows them. Can love survive and get them to their families in time?

An award-winning tale of love, suspense, and a will to survive.

Rework it or Pull it!

I usually reserve 1 star ratings for disguised 'cliff hangers', but this story should not even be published. The grammar is so bad I found it hard to even read. The dialogue is unrealistic (God, I hope people don't really talk like that). The characters do so many stupid things for no reason you just want to kick them in the arse, that is if you can get past the poor grammar. There is no character development beyond them being idiots. I can't believe I'm the only one that found this difficult to read. Maybe I got the super rough draft by mistake. At any rate, at least being digital the author can rework it and resubmit it. As it stands, this is the type of garbage that gives Indie authors a bad reputation.

The subject matter in this series of a deadly virus called Fiery Death is very close to what the world is going through now and slowly recovering from. I do agree with another reader that the effects of the virus did seem to have a bit of a zombie vibe. That is because it starts with a cough and the worse case situation is death. However, before death, people will turn black. There was one scene where the people were mentally unstable ranting and moving about but they were black.

Aside from the virus, there is Hanna and Hank. I instantly liked Hank. That is because he pushed Hanna's buttons a few times that had me smiling. Also, he is a protector and would do anything for Hanna. The sex dreams that Hanna had were hot. When these two did hook up it, it was as steamy but felt it was a bit fast to be in love. While, I might not have "loved" this book, I did like it enough to want to continue reading the next book in this series.

I did receive a copy of this book from the author in exchange for an honest review.

This book is the 1st in the daring hearts series. Its a love story that takes places during a worldwide pandemic and that makes it feel relatable and it sucks you right in and wont let you go. I couldnt put this book down once i started reading it and I am in love with the whole series!! Breanne Bergie did an AMAZING job on this series! If you haven't started this series yet, you should really start it now!!

This is a nice. Start for a new author such as Breanne Bertie.
The story is a simple easy story that is read at a quick pace.
Will be reading book two.

couldn't put it down !

loved it !!! a great start for a new series !!! love Hanna and Hank...finding love when the world is ending ... love how Hank helps Hanna even when he needs to rush home...how they grow together .

What a way to fall in love. The characters are engaging and well developed with plenty of chemistry throughout the pages. The storyline flowed easily from beginning to the end.

I received a copy and am voluntary leaving my honest review.

This was a nice read. In a time where people are quarantined, it’s nice to see love can grow any where and at any time.