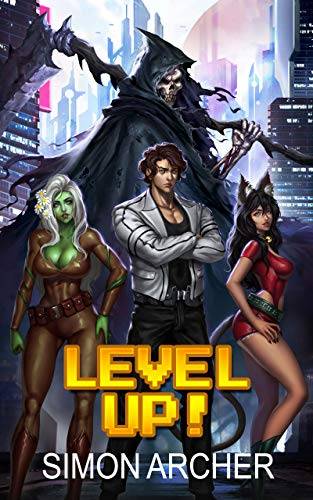 In a world full of super heroes, be a power gamer.

Everyone has a super power, even Sam. The thing is, Sam has a power unlike anyone else.
He can level up.

That might not seem like much, but when everything from doing dishes to thwarting robberies gains you experience, Sam has finally found a way to become the most powerful hero the world has ever seen.

And it’s a good thing too because the world’s most powerful villain has come back from beyond the grave, and if death didn't stop him, what can anyone else do to stop him?

And Sam? Well, he doesn’t stand a chance right now, either, but if he can level up just a bit more… anything is possible.