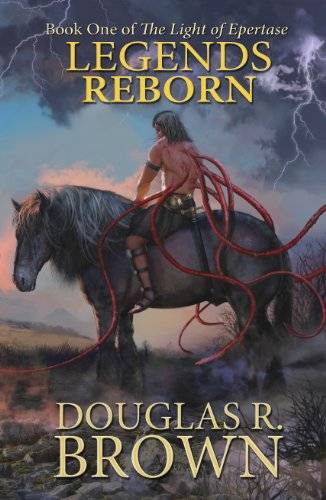 Loss. Betrayal. Sorcery. War. When wicked men plot to steal the Light of Epertase from Princess Alina's soul, Rasi would fight the gods themselves to save her.

​In book one of the epic fantasy trilogy, The Light of Epertase, a technologically superior army advances on Epertase, setting off a chain of events that threaten to destroy the entire kingdom. Rasi, a legendary warrior long ago banished and cursed with seven symbiotic tentacles fused to his back, may be the kingdom's only hope. But to save Epertase, he must first save the one he loves.

Inspired by epic fantasy novels like Lord of the Rings, Mistborn, and Wizard's First Rule, Legends Reborn strives to recapture some of the wonder and imagination those great authors have given the world.

The entire The Light of Epertase trilogy has been completely revamped and remastered in 2020 and is now better than ever. There's never been a better time to read what has been called, "... complex and fascinating epic fantasy."

No Right To Kill