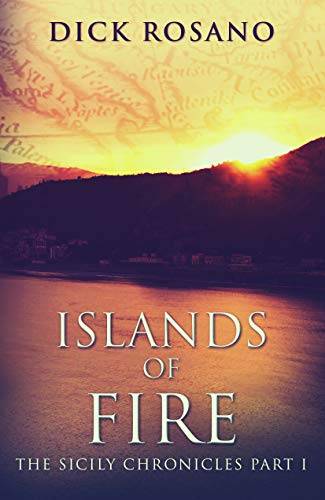 When Luca went to Sicily in search of his parents’ roots, he didn’t count on meeting Vito: a wizened old man who seemed to embody the history of the island in his bones. He also didn't count on Vito taking him back centuries – millennia – to the ancient times when Sicily was settled by seafaring people, and fought over by warring tribes and invaders. Luca didn’t know about Anu and Baia who came to the shores of the island 11,000 years ago, or Telia and Sapira who began Sicily’s agricultural revolution thousands of years later. He had never heard of the Sicani, Elymi, and Siculi tribes who settled the island 3,000 years ago, or the Arabs, Greeks, Carthaginians, and Romans who fought to control this vital piece of earth in the Middle Sea.Islands of Fire takes the reader on a journey through time, from the volcanic origins of this island to the era of the Roman Empire. It is a journey chronicled in the dozens of invasions of the island over thousands of years. A waystation in the Middle Sea, Sicily is at the heart of western history.

You Can RETIRE On Social Security

Of Heart and Wings

The House in the Woods