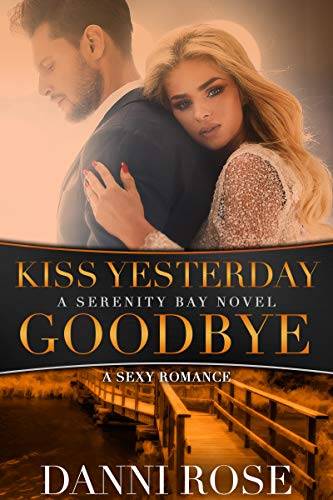 Serenity Bay, a town set amid the lush green forest and sparkling lakes of northern Minnesota. A town where everyone knows their neighbors and secrets are difficult to keep.

Can love heal the wounds of a cynical businessman and a woman searching for redemption?

Nine years ago, Jason Richards fled from his hometown, broke and disillusioned. Now an anonymous letter has the sexy tycoon returning in search of answers to the questions that have plagued him. This time, Jason won't leave until every secret is exposed, and he has one last taste of the woman who haunts his midnight fantasies.

Beth Kingsley lost all she loved, and it took every bit of determination she possessed to rebuild her life. Now Jason has returned, and she is desperate to keep the past buried. If he learns of her betrayal, he'll stop at nothing to make her pay. She vows to stay away from him, but his heated kisses are not making it easy.

But some secrets are too powerful to remain hidden. When the truth comes out, Beth and Jason learn that more than fate kept them apart, someone gave it a helping hand.

Can they trust each other enough to defeat their demons? Or, will the secrets and lies destroy their second chance at love?

The Disappearance of Lady Edith

Disrespectfully Yours, My Marquess: A Historical Regency Romance Novel

Millie and the Marksman: A Sweet Western Strangers to More Romance