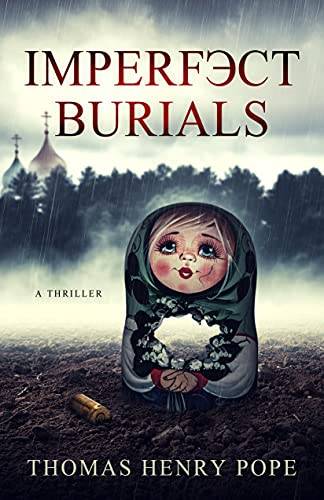 With Soviet troops threatening to crush Poland's 1989 drive for democracy, US journalist Finn Waters slips into Russia to solve a 50-year-old war crime. Proving it was Stalin who ordered WWII's most horrific massacre could unite the world against a tottering Soviet Union. And with a shove from Washington, millions of Eastern Europeans could go free. The Cold War could be won. In a whirlwind three-day trip, Finn and a triple agent from Belarus track down an old NKVD murderer who knows too much.

Of course, if Finn's wife or his editor finds out he has become an international thief, they will kill him. The Soviets, on the other hand, don't use clichés; they truly want him dead. When, without warning, the US denies Finn's existence, it seals his fate as a spy without a country, as a man who will forever be looking for a way home.

TREAD SOFTLY ON MY DREAMS: An Epic Novel From Ireland's Past: Based On The True Events