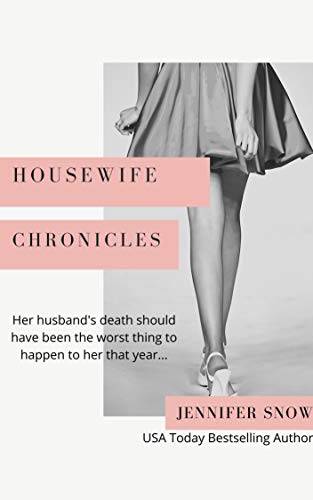 Appearances are everything in this L.A. neighborhood...especially if it means hiding the truth

Her husband's affair coming to light two weeks before his death should have been the worst thing to happen to Beth Cartwright that year. But being a widowed, single mom in a community of upper-class housewives is proving to be far more difficult. An artist whose dreams got sidelined with marriage and kids, she didn't really fit in before the scandal and now? The divide between her and her coffee friends is even greater.
Living next door to her husband's mistress and the group's former yoga instructor, Gina Thompson, has Beth wanting to pack up her teenage kids and get the hell out of the neighborhood. But when she becomes a suspect in her husband's death, leaving is no longer an option. She has to clear her name without revealing all her secrets. Which has her relying on women she doesn't exactly call friends...including her husband's mistress!

A domestic dark comedy with a few psychological twists, Housewife Chronicles offers a hint of mystery, a touch of romance, and a focus on unlikely female friendships.

Praise for the author: