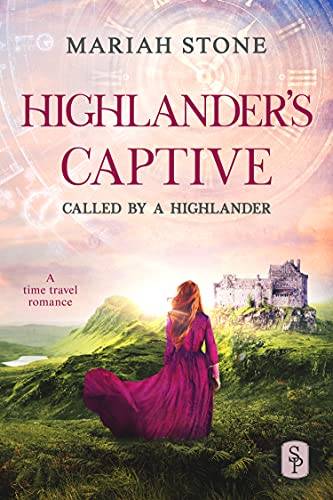 She’s lost in the past. He’s a powerful Scottish warrior. Can star-crossed love find a future between the ages?Search-and-rescue officer Amy MacDougall fears being trapped — both in small, dark places and in a relationship. But while chaperoning a high school trip to Scotland, she’s forced to confront her claustrophobia to save a student in a castle dungeon. And when a magical rock in the ruins catapults her through time to 1307 AD, she’s alarmed to come face-to-face with a handsome Scottish warrior.Highlander Craig Cambel refuses to trust anyone after the MacDougall clan kidnapped and assaulted his sister. So when he discovers a beautiful woman in a secret tunnel in the stronghold he’s infiltrating, he locks her up to prevent her from warning the enemy. But when she proves helpful to his people despite being a MacDougall, he can’t stop his icy mistrust melting into desire.As Amy searches for a way back home, she finds her phobia of commitment fading and falls for the brave Scot. But when Craig learns the mysterious woman isn’t who he thought she was, all his dark doubts reignite.Will the distance of centuries shatter their hearts forever, or will they give in to destiny and build a happy future?Highlander’s Captive is the enchanting first book in the Called by a Highlander time travel romance series. If you like courageous warriors, quick-witted heroines, and lush historical details, then you’ll adore Mariah Stone’s passionate story.Buy Highlander’s Captive to find love long ago today!

The New Reform Quartet: The complete four-book series of the gripping dystopian thriller.