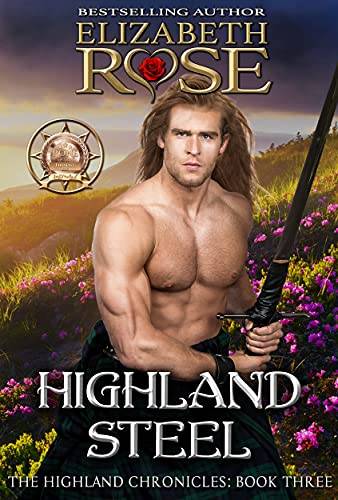 ★RONE Award Finalist★
She needs him to escort her to the Highlands, but where she wants him to take her is enemy territory. It's a dangerous game she plays!
The Sassenach:
Englishwoman Lady Rhoswen Asquith accompanies her father and siblings on a journey to the Highlands, starting out on a very dangerous but important mission. The plan is to save her baby nephew from her late sister's murderous Highland husband. Things go horribly wrong and her traveling party is attacked, leaving Rhoswen and her siblings alone and on the wrong side of the border.
The Highlander:
Logan MacKeefe travels with his pet wolf at his side and his sword always in his grasp. After being thrown out of the Horn and Hoof Tavern because his wolf stole a chicken from old Callum MacKeefe's soup pot, Logan goes for a swim and lays naked on a rock to dry.
Getting no peace, a Sassenach bursts through the brush, surprising him almost as much as his nakedness surprises her. Never able to turn away a bonnie lassie in distress, he finds himself agreeing to escort her to the Highlands. That is, until he realizes she is asking him to take her right to his arch-enemy's door.Will honor and love win over revenge and guilt, as two people who should never be together find comfort and solace in each other's embrace? How far are they both willing to go for love?

A Brit on the Side: A swoony second-chance romance

Have You Seen This Girl