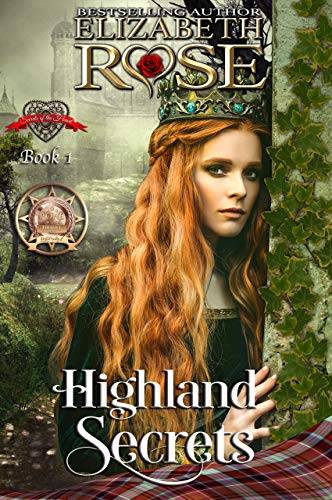 RONE Awards Finalist . . . Raven Awards Runner-Up . . . Kindle Book Reviews Awards Semi-Finalist . . . Wishing Shelf Book Awards Finalist
Will her Secret start or stop a war?The Lady Captive:
Being a daughter of one of the Legendary Bastards of the Crown proves to be a blessing as well as a curse for Fia Douglas. Having both English and Scottish blood, she is being fostered in England along with her sister and cousins, having been chosen by the late queen to be in her secret society of strong women.
When war breaks out between the English and the Scots, Fia find herself in the wrong place at the wrong time. While visiting the queen's secret garden, she comes across a wounded Highland spy. She helps him, but he kidnaps her. Fia ends up a prisoner in her own homeland, using her skill of being able to read people's actions to help her plan her escape and to know how Alastair really feels about her.The Highland Spy:Highlander Alastair MacPherson is wounded and left for dead after being ambushed by the English on one of his spying trips across the border. When he stumbles into a hidden garden to seek refuge, he discovers a red-haired bonnie lass whose life he's saved several years earlier. She is inclined to help him to pay back the favor. But when his life is threatened once again, he has no choice but to take her captive to ensure his safe passage back to Scotland.
Can a rugged Highlander love a lass whose secrets threaten to ruin his one chance at redemption? And will a woman who has fallen in love with her captor be able to betray him in the end if necessary?
Historical European Fiction Medieval Historical Romance Ancient Historical Fiction