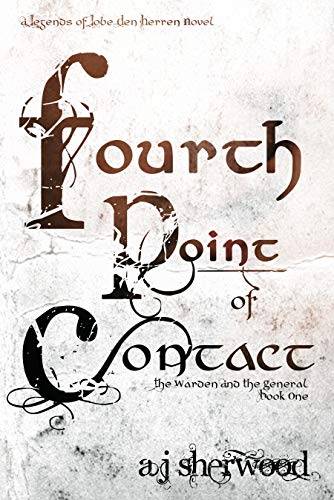 A sexy lover (preferably of the male variety)
Peace inside of the palace
Possibly an onsen
His best friend never deployed again, and always beside him

It does not include:

Assassins inside of his palace
Far too many conspiracies
Being proposed to while hungover. In bed. By his straight best friend.

Arman Brahms falling in love with him is a fantasy Ren’s buried for over six years, so to have it come true seems unreal. He has questions. All the questions. Mainly because Arman is bad at using his words.

But the most important question?

Is the fantasy worth risking everything?

Tags:
Friends to lovers, GFY, Arman is the king of demisexual, Arman is absolutely done with this nonsense and lets people know it, no fainting damsels here, proposing is difficult, indecent proposal, Arman uses words, not too many, that’s what Ren is for, Ren’s up to rule twenty-five, Arman’s still violating three, five, and sixteen, too many potential conspiracies, too many assassination attempts, Ren would like less assassins please and thank you, being warden to a palace is not as much fun as it looks, Fourth Point of Contact doesn’t mean what you think, don’t mix alcohol with a teenage princess, accidental princess corruption, royal meddlers, fantasy world but no magic

Friends to lovers ,GFY , action and adventure, taking place in the times of kings and queens in a made up world fast paced , just the right amount of steamy , amazing side characters ! And a few laughs here and there as it is with all of Aj sherwoods books !

I'm so excited about this new world and Ren and Armond's love. The humor and smart characters make it a wonderful read. Look forward to the next book in the series. This had a HEA with no cliff hangers.

This initial installment t of the series offered you intriguing plot lines which have yet to.be totally resolved and a slow burn love story...five years in the making. However the the characters she develops you cant help but fall in love with and root for them. Cant wait for what is next in this series.

Different but kinda the same in all the best ways

Excellent book! I put off reading this for a long time, something in the sample just didn't draw me in well enough I suppose. Now, I'm kicking myself for waiting so long!

This book was very different in some ways than other aj Sherwood books but it was the same in others. There was a lot more intrigue and mystery and really jam packed with plot. It still had the amazing characters laugh out loud moments and heart warming bits that make you fall in love with the story even more.

This book was fantastic and I can't wait for the next one!

Took to long to get to the monkey. And was written in a way that I had no emotional attachment to any of the characters. Half way through I was asking is it done yet. The world building was desultory.

I absolutely loved this book! The world building is fantastic and it is easy to see the setting as a thriving living world. The characters are all well written and very distinctive. Ren's relationship not just with our romance lead but with all the supporting cast is wonderful. Ren's easy going likable personality makes him very charming and it is easy to see why he has so many friends. In contrast Brahm's steady silence makes for some great scenes between the two. I highly recommend this book.

Wow! I wasn't sure about this story, but I am very happy I decided to ignore some of the less favorable reviews and read it. I absolutely love Ren and Armond , they have amazing chemistry all around that is clear in the way the characters and story were written. The intrigue and mystery, the assassination attempts all flowed beautifully into a satisfying and intriguing read. I hope their is another book as I will definitely read it. I recommend this book.

I can't believe I waited so long to read this! I loved it so much. However, I would have liked a smidge more yearning on Ren's part; to see a bit more build up before the proposal. But that's just me being nitpicky. I can't wait for the next one.

In March 2020 I bought this book and I'm sure I reviewed it back then. But my review is gone - Amazon's been busy. So. This is about Ren and Armand's life after the war. What do two generals do? Their skills aren't needed, they're redundant. For Armand, he has very few friends and doesn't want to lose Ren. He offers to bring Ren to his country and succeeds.

Ren reminds me of Jory (Matter of Time - Mary Calmes). Everyone loves him. His customs and ancestry sound Asian whereas Armand is this blocky strong hunk that comes across as Scottish, complete with fort in the snowy cold. Lots of contrasts.

The dynamics of the two power the story and it's so fun to read. Ren can talk for Armand and does. This is a deep friendship that started during a war, fighting together against a common enemy. Armand finally wakes up and realizes he wants to pursue Ren and make him his. Once that happens no obstacles are in his way, he won't let them. I read this one twice because it's that good. The concluding book is now out and it's even better. - Dan's Wife

Very Sweet with some Spice

This was a really enjoyable read. Great friends to lovers romance. A few typos her and there but nothing big.

AJ Sherwood, absolutely the best at keeping me flipping pages.

I read the second book not realizing there was a first... Bought Fourth Point of Contact immediately, and loved it too. These books have it all. Enjoy yourself

This book is filled with so many little gems! I don't know how many times I smiled or laughed out loud. Some of the best interactions were with Ren and the youngest princess. I even read some of their interactions out loud because they were so funny. Of course there are lots of issues addressed in this book. It's a joy to read

This was exactly what I wanted to read

I’m new to the m/m only books and I’m in love. I started by reading the tribulations book which was hilarious. This book was hilarious. The plot was good. The drama is good. I’m in love with the characters. I totally wish I was friends irl with them. A must read.