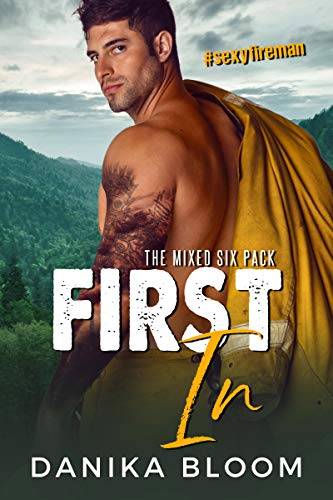 She lost her inheritance. He stole her job. When these rivals start playing with fire, is someone’s heart bound to get burned?

Volunteer firefighter Sophie Beaulieu is struggling to get by. After quitting college to care for her dying father only to be left out of the will, she hopes an overdue promotion will be the boost she needs. But after responding to a devastating car crash, she can't take her eyes off the rugged bystander who took control before she arrived at the scene.

Career fireman Nick West is determined to climb the professional ladder. But when he learns he won the Chief position away from the beautiful first responder he met, he feels bad and hires her as his deputy. And as they live and work together, Nick struggles to ignore the heat rising up between them.

As Sophie falls for her new boss, she fears her ongoing family chaos will tear them apart. And as the sparks of desire continue to burn, Nick’s torn between his goals and a potential happily ever after.

Will their romantic fling be extinguished, or can they fan the flames to find their forever?

First In is the opening book in the steamy Mixed Six-Pack contemporary romance series. If you like off-the-charts chemistry, strong-jawed heroes, and enemies-to-lovers tales, then you’ll adore Danika Bloom’s emotional love story.

Buy First In to discover the blaze of passion today!

~~~
First In is a 90,000 word, steamy small-town, enemies-to-lovers romance with an HEA. It's the first stand-alone in The Mixed Six-Pack series and features a feisty, female first responder who has a trusty dog, lol romance including a steamy scene with donuts, and some some challenging family dynamics.

Great for reeders looking for stories with emotional depth and books like Nicole Snow and Lauren Landish.