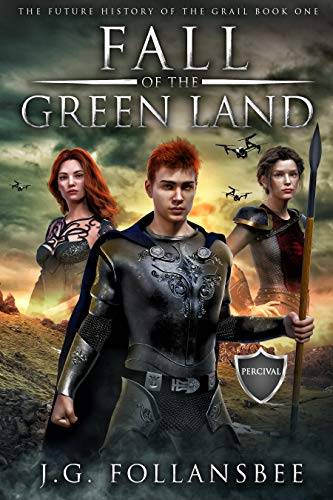 Sir Percival Rathkeale, the red-haired knight of Viridiae, the Green Land, seeks the lost Grail, a powerful device critical to the survival of his king, his country, and the planet. Merlin, the king's chief science advisor, discovers new clues to the Grail's location. The king appoints Sir Percival to a new expedition to find the Grail. With Sirs Galahad and Bors, and Dame Lancelot du Lac, the strongest warrior in the land, Percival sails for the island of Koda, where he faces dark forces determined to oppose his mission and usurp the king. Will Percival find the Grail, restore his country, and save the world?

Fall of the Green Land, the first novel in the fantasy series The Future History of the Grail, re-imagines the King Arthur legends, placing them a thousand years in the future. The second and third books are War for the Green Land and Return to the Green Land.

Through Streets Broad and Narrow

Counting on the Cowboy