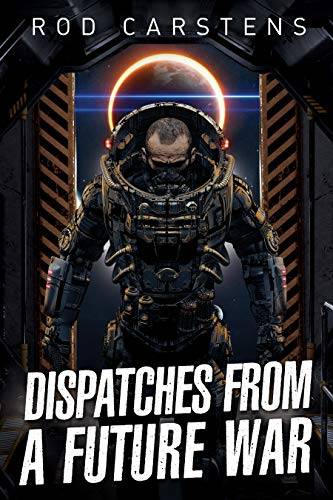 There are worse fates than death.

There was Mike who had 'died' three times and he didn't want to do it again.

There was Maria who was having a hard time distinguishing between virtual deaths and the real thing.

There was Juan who salvaged the 'dead' only to see them returned to the front. He didn't know how much longer he could do it.

Christian McCloud was a cyberpunk journalist he was no soldier. He fashioned downloads from celebrities memories. People all over the world paid good money to experience someone famous for a few hours. Now he was in the middle of a war.

Instead of celebrities memories he was downloading the memories of the young men and women fighting this war but technology had changed the rules. War had always been about living and dying now technology was blurring the lines between the two. Christian found himself straddling that line with these young soldiers trying to tell their stories.

When Christian downloaded their memories they were changing him in ways he didn't understand. He was becoming one of them. He wasn't sure he could survive their memories.

"Having been in combat I could relate to being at "the dance"...It was like a futuristic version of Apocalypse Now."

"This book blew me away...the one I use to judge other books and stories..."

"Dark, poignant, visceral, it has it all. You can feel the humanity and despair in every character."

"It could be this centuries version of All Quite on the Western Front. Not for the timid or weak readers."

"Mr. Carstens has written a story that grabs ahold of you and doesn't let go. Buy it and read it, if you dare."