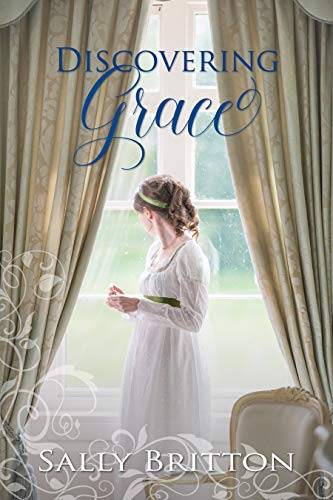 To avoid being sent across an ocean, Grace switches places with her sister. The only man aware of their deception? A dear friend, and her secret love. Grace Everly has no desire to set sail for the Caribbean, unlike her adventurous twin sister, Hope. Thanks to her sister’s irresponsible behavior and subsequent banning from the journey, Grace’s father decides to send her in Hope’s place. Desperate to remain where things are familiar, Grace proposes an unthinkable plan: that she and Hope switch places. They only have to keep up the act long enough for Hope to board a ship in London. When the man who has stolen Grace’s heart learns of their secret, things get more complicated.Jacob Barnes, soon to be ordained a vicar, has known Grace and Hope his whole life. Though close to both sisters, he’s dreamed of courting Hope for months. When he realizes his friends have switched places, putting the woman he admires out of his reach, he agrees to help with the subterfuge despite his bruised heart. As he watches Grace stumble in her acting abilities, attempting to change who she is, he realizes how much she means to him. But how does he tell her, without risking their friendship?The deception puts their relationship to the test. As Grace hides her heart and her identity, Jacob examines his feelings, and no one in their community will be happy when the truth is discovered.
This is the second book in the Inglewood series and can be read as a stand alone, Sweet Regency Romance.
Other books by Sally Britton include:
Rescuing Lord Inglewood, Inglewood Book One

The Branches of Love Series, A Complete Regency Series:
The Social Tutor
The Gentleman Physician
His Bluestocking BrideThe Earl and His Lady
Miss Devon's Choice
Courting the Vicar's Daughter

And from the Forever After Retellings Line:
The Captain and Miss Winter

Even better than the first in the series!

I enjoyed the first book in this series and like d the characters enough that I looked into the second book. I must say I enjoyed this one even more than the first. Can't wait to read the next.

What a lovely story. As romance goes, these books are pretty tame, but the story is still worth reading. The characters are very rich. They show heart and soul as they meet life’s challenges. They are like potato chips. I can’t read just one. I can finish one in a couple of hours and I must start the next.

This the third Sally Britton book I have read and I will not hesitate to pick up another one. I love this series and the rich characters she has built within it.

This series is so good. I love the characters and I can't wait to read the next book! Love it!

What a wonderful story!

I love Ms. Britain's stories! Grace and Jacob's story is a wonderful story of friendship and deception and how things can be effected by love. Enjoy!

I couldn’t wait to read Book 2 in the Inglewood series after reading Book 1 Rescuing Lord Inglewood. I love that Sally Britton continues with the same characters, some included in this book and others who weave back in slightly. I was not ready to move away from this community and I feel the same way after book 2. This book could definitely be read as a stand alone, but why, when you have a whole series that you can enjoy?

As the summary states, Hope and Grace are identical twins who were introduced in book 1. This is Grace’s story. She is happy at home, a picture of her name in all respects until her father sets out to send her on the trip to the West Indies that Hope had willingly accepted. Thus, Grace convinces Hope to switch identities mainly so that she can stay at home. The ploy works for all except Jacob, who knows the two all too well.

I enjoyed this story of discovery and always the question of how is society going to react to this situation, our actions, and our words. I appreciated Jacob’s dilemma as he finally gets to step into the role he has waited for yet, is concerned about the deception he has been thrown into by Grace.

As always, Sally Britton moves you through a beautiful storyline complete with highs and lows, scenes that you want to revisit again and again and a beautiful HEA.

How about saving Grace.....

Really liked this one! Grace's character really had a chance to grow and shine in this storyline. I felt bad for her when her father was said she was timid, thinking she was Hope. I have one more book to read in this series and looking forward to it.

Best in the Inglewood Series

This was, hands down, my favorite book in the Inglewood series and the only one I have attempted to reread so far. The contrast of twins allowed Ms. Britton to delve into character a lot more than usual, and Jacob felt genuine as a man of the cloth. I have one minor quibble about the resolution, but it is overall an excellent, excellent book. Highly recommended.

If She Only Knew: A Riveting Paranormal Mystery