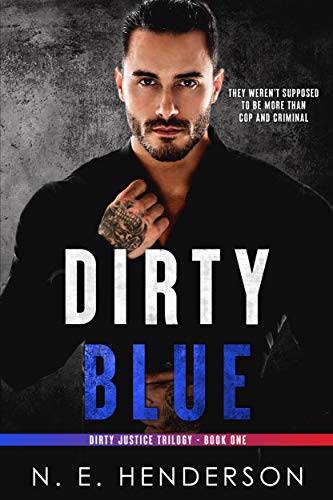 They weren’t supposed to be more than cop and criminal.
Brianna Andrews is an LAPD detective.
Drago Acerbi is the son of a Mafia crime boss.

Ruthless. Cruel. A monster cloaked in a suit and tie with dark, sinister eyes. Drago has a reputation that mirrors his father’s. He’s dangerous and not a man you want to get caught in his line of sight. To be on his radar could be life threatening.

But when a young mother walks into Brianna’s precinct with a three month old baby only to leave without her child half an hour later, Detective Andrews is stumped for the first time in her career. The claims against Acerbi aren’t farfetched but something about them doesn’t add up either.

When Bri’s boss assigns her the task of gathering evidence that will put Drago behind bars, Bri has a nagging feeling that not everything is cut and dry. Perhaps, it’s not Drago she should be afraid of—maybe it’s a fellow badge, a colleague in law enforcement that can’t be trusted . . .

Forbidden love has never been this dangerous.

This is not a standalone and the story does not conclude until the third book. All books are available.
Organized Crime Kidnapping Crime Fiction Heist Crime

The Work of Art: A Regency Romance