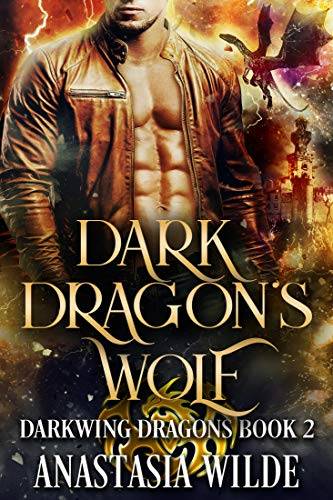 Can two broken souls save each other—and escape the ghosts of the past?

Tristan Barnes has gotten really effing awesome at faking normal. After he escaped years in captivity, the healers of the Silverlake wolf pack turned him from a tortured, insane, three-quarters-wild killer wolf, into a mild-mannered shadow of his former self. At least, that’s what they think. Really, he just locked all the bad stuff away in the back of his mind—only now it’s starting to break free and spiral out of control.

Mayah Lael, princess of the Draken House of Al-Maddeiri, has been trapped inside her own mind: unable to manifest her dragon, and haunted by ghosts reaching out to her in dreams and visions, begging for her to save them.

But how do you save people who are already dead?

From the first time he meets Mayah, Tristan can't help falling for her. She's strong, brave, funny, sexy, full of life—and he knows she has feelings for him. The problem? He’s also the only person with the mental powers to connect with her lost dragon—but every time he does, it breaks him just a little bit more.

So when they find out the ghosts she’s seeing aren’t ghosts at all, Tristan has to figure out a way to keep himself together long enough to save all their lost souls—and Mayah’s—even if it costs him everything. But Mayah’s not giving up on him—not by a long shot…
Psychic Romance Paranormal Witches & Wizards Romance Paranormal Ghost Romance

The Great Pockes: A Novel