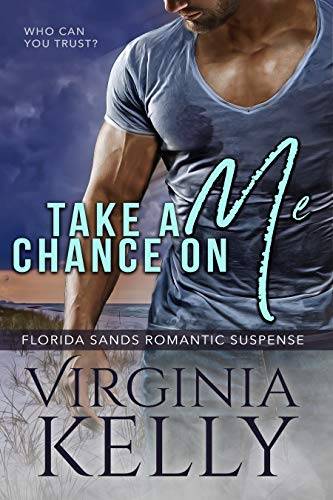 Each book in this series is a stand-alone title featuring limited overlapping characters and its own conclusion. No cliffhangers! No need to read the series in order. Nominated for the National Excellence in Romance Fiction Award.

She has a target on her back...only he can save her

An injury robbed Delta Force Operator Bobby Alvarez's memories of the mission that left a brother-in-arms dead. He blames himself, and until his memory returns, he won’t stop questioning his abilities. On leave, he’s forced to use the skills and sixth sense that failed to keep his team safe.

Melanie Mackenzie overheard a powerful U.S. senator admit to murder, and now he’s set her up to take the fall. With overwhelming evidence against her for murder and treason, she’s on the run from the senator's hitmen and the FBI. There’s no one she can trust, and even the stranger she meets on the beach seems more threat than salvation—until the hitmen find her.

Working together to clear her name, Bobby and Mel race to stay ahead of the killers, but the simmering desire between them may be danger in disguise. Because Bobby’s keeping a secret that could end any chance at happiness…and lead them both into a death trap.

All 3 were fast paced and full of intrigue and romance. Loved all the strong and quirky characters. Good solid strong men and women made these books very enjoyable.

Take a Chance on me

Third book on the series. Good read. Kept me reading until the very last. Will probably read her next series

A very intense and emotional thriller; loaded with action, secrets, murder and treason. This is a story about a woman on the run from a high powered politician, his henchmen and the FBI. While in hiding, she is rescued by a Delta Force soldier who is on medical leave. He vows to protect her. Their journey together is an unbelievable captivating read.

An exciting, suspense filled story. It keeps your interest and the love story that develops is super sweet.

This book has a lot to offer. The characters were likeable and interesting; the mystery intense and the ending satisfying.

An excellent romantic suspense that will draw you in!
Well written with a good story line.
Though part of a series it reads as a stand alone with great characters.

This is a well-written and well-researched romantic suspense with an imaginative plot. The characters are strong and likable. I loved the ending.

Baby, It's Cold Outside