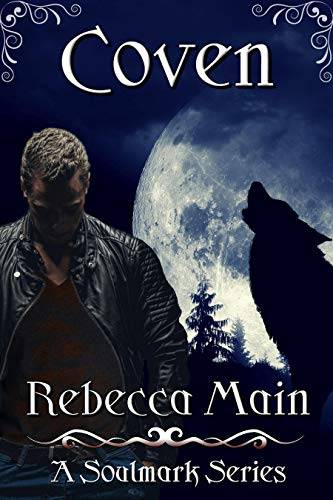 I'd moved back to the little town of Branson Falls to escape my destiny. Instead, it's where I was forced to confront it. Beneath the light of a full moon, I crossed paths with a real-life lycan—the intoxicatingly dangerous Xander, alpha of the Adolphus pack. In doing so, I also came to learn that everything I thought I'd known about the world was wrong… including my own place within it.
A thriving underworld of wolves, witches, and much worse lurk hidden in plain sight here in Branson Falls—invisible to all those people as regular as I used to think I was. But just as Xander opened my eyes to the truth about this place, he also revealed my part in it; that I was born from a lineage of witches and bared a soulmark identical to his own.
I'd barely come to understand how our fates were intertwined before I became bound to them. The same night we met, Xander recklessly sealed our soulmarks together giving us precious weeks to complete the full binding ceremony before we're both lost to madness and self-destruction.
As much as I find myself drawn to him, I didn't ask to be Xander's soulmate, and I certainly didn't ask to break centuries of tradition by trying to forge a union between Lycan and Witches together. There's a lot he'll have to prove to me before I'm willing to sacrifice my old life for this new one—even if we both risk oblivion if I don't.
And if I do confront my own doubts and fears, there's one more danger we'll face if I choose to be with Xander: The wrath of his pack's deadliest enemies—the murderous Wselfwulf pack, led by their ruthless Alpha, Rollins.
Coven is the first paranormal shifter romance in A Soulmark Series, praised for its powerful heroine, raw and unforgettable seduction, and a breathtaking love story that one reader warns "had me completely under its spell." — ★★★★★
Fantasy & Futuristic Romance New Adult & College Fantasy Women's Fantasy Fiction