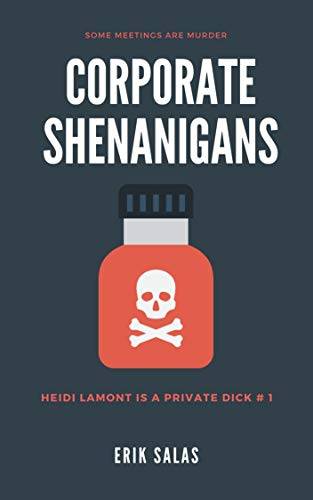 A Silicon Valley cult worshipping fake hamburgers...
...man-eating animal hybrids in a secret US government lab...
...and here I am with a dead hockey team mascot.
LA's favorite British private detective, Heidi LaMont, is back and she's as snarky as ever. When a Brazilian sugar magnate mysteriously dies eating cheese rolls outside a cafe, Heidi is tapped to investigate. Things quickly turn south as a young, brash Silicon Valley tech mogul wants the PI dead before she uncovers the sinister truth and puts a crimp on his designs for world domination, mass murder, and putting the finishing touches on his collection of lightsabers.
With thousands of lives in the balance, can our plucky private dick stop his plans before the clock runs out on the CEO's own version of Judgement Day?
Crack open the book and find out.
For fans of unapologetic escapism, action, and dark humor, CORPORATE SHENANIGANS is for you because everyone needs a good laugh.
Buy it now.

Lion and His Mate