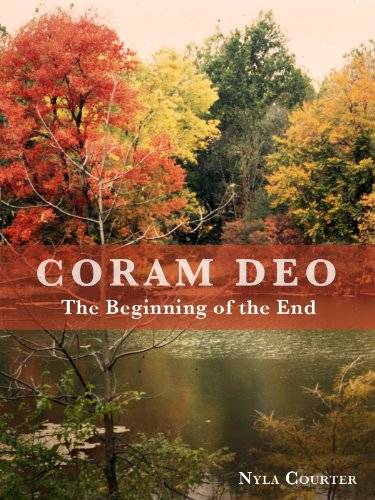 John and Nicole feel certain that the Tribulation is at hand. They have studied the Bible, prayed and prepared for years for what they feel will be an intense time of persecution and disasters. The couple, along with a group of family members and close friends, form a community on the farm, Coram Deo. There they endeavor to walk with God and reach out to those around them. As the government and outsiders become increasingly hostile to their lifestyle, they are continuously supported in the arms of the Father as they wait the return of Christ.

This book was so good I purchased the rest of the series.

Coral Deo: The Beginning of the End

This is an end times story that stayed with me long after I read it. All the characters came together to form a tight little community. Having a Dr. and a nurse in house came in handy! This book seemed so real with characters squabbling and pointing fingers at each other. Just like a real family! I was also intrigued by the story going on in Italy with Father Caruso and his family. I really hoped Carmela and her son would get away from her husband Bruno. There's a lot of drama in this book. John and Nicole and their family and neighbors are safe in the boundaries of their home and on their land because God is protecting them. They have the knowledge and skills to farm and garden and keep their little society going. I've read the second book and it's great too. I can't wait for the third book.

This is an excellent series. Have read and reread books 1&2 several ...

This is an excellent series. Have read and reread books 1&2 several times. The story is so expansive it just draws you in. I am waiting patiently for the 3rd book in the series to be released. Hope I don't have to wait to much longer.

Great books. I would highly recommend this series to anyone who loves "end of times" fiction.

Just OK. Some usual prepper fare. Although I love Christian TEOTWAWKI fiction (Mark Goodman, etc), the Christ-centered bent on this one was a little too fake and propped-up. Didn't really ring true or reasonable. Put the book down 1/4 way through, as it didn't hold my interest.

This story is about the end times according to the book of Revelation in the Bible and it is written from a mid-tribulation position. There is a lot of information on gardening, farming and the like, basically information on how to survive off-grid. I found it to be tedious at first, but then became interesting as it made me realize how much I do not know if it came to trying to survive in some sort of apocalyptic scenario.

The story itself is well done and realistic even though I felt that it took to long to get to certain points. There are plenty of characters to keep track of but the author does include a graph at the beginning of the book. Some characters you get to know very well and some of them are still a bit of a mystery, especially the one who is portrayed as the antichrist.

My only gripe is that it leaves out many of the world events that happen and spends too much time on the daily life of a couple of families so it is hard to get the time frame pinned down on when certain prophecies happen.

The first book ends just as the antichrist gets a wound to the head and a freak storm has devastated much of Europe and Asia. I am looking forward to read the rest of the story.

I enjoyed this book. It was an easy, flowing read. It makes you think about how it might be during the tribulation. I believe the church will not be here, so my views are different but all in all, this was an interesting book.