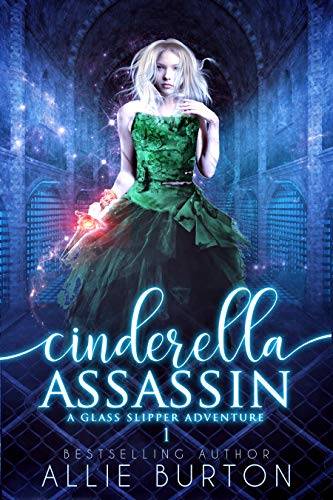 She yearns to fit in. But if humans discover her secret, her life will be no fairytale.

Ellery “Elle” Milford needs to keep her fairy heritage undercover. But after her wicked stepmother refuses to let her go to the royal ball with the fully human kids, the sixteen-year-old defiantly parties with her smoke sprite bestie… who promptly gets arrested. And the only way to rescue her is for Elle to cut a deal with her wily fairy godmother: All the magic necessary to infiltrate the palace in exchange for assassinating the prince.

Determined not to harm a hair on the heir’s noble head, the reluctant hitwoman’s mission goes sideways when she falls for the very guy she’s supposed to kill. And after uncovering a plot to destroy every single supernatural creature, Elle is torn between the desires of her heart and the needs of her enchanted friends.

Can the headstrong half-fairy juggle a budding romance with a daring prison break before it all vanishes in a puff of smoke?

Cinderella Assassin is the first book in the charming Glass Slipper Adventure YA fantasy series. If you like spirited heroines, clever takes on classics, and unique blends of tech and wizardry, then you’ll love Allie Burton’s spellbinding story.

What readers are saying
"Who knew Cinderella could be such a kicking heroine?! The first book in The Glass Slipper Adventures is a knock out. What starts as a Cinderella story quickly turns into a roller coaster ride of adventure. The characters are human and enchanted, fairy, brownie, troll and one sexy giant. And the world Allie Burton creates is so real you want to live there. Don’t miss the start to this marvelous new series." - Amazon Reviewer

"5 stars This book starts off as Cinderella and very quickly turns into sooo much more!" - Goodreads Reviewer

A Match Made in Ireland