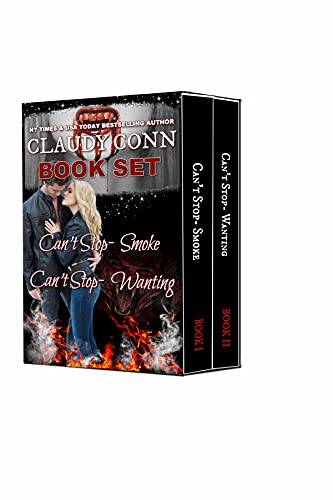 Book One: Can't Stop-Smoke
Grail Wilder is the Dark Lord of New Orleans and the nightclub, Hazard, he runs for paranormals.
One night, she walked into Hazard and like her name, Smoke, she got in his face.
The problem? He hated vampires, but then, she wasn’t so thrilled with being one.
They are thrown together by a prophecy and that prophecy takes them to hell and back.

SMOKE & GRAIL HAVE A PROBLEM!
Yes, they defeated Vidal and his vampire horde, but the Hallow is still out there waiting to be returned to the Fae Realm.
Smoke’s father is being held a prisoner in the Deatach Realm and as they work to rescue him, she learns who and what she really is, as though being a vampire and a witch wasn’t enough!
In book two we will uncover many secrets as Smoke and her team work to unravel the evil that has taken over Deatach and could spread.
Come on in and find adventure, romance and a heroine who won’t give up!

The Wrong Brother: A Regency Romance