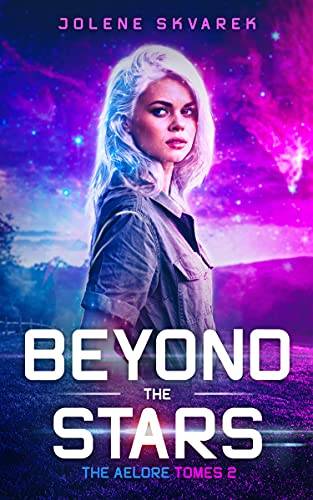 Following a terrible battle that ravaged the Colony, Tera and her friends are forced to try and survive life on the surface. But that’s much easier said than done.
Their freedom is given up for their survival, and suddenly are prisoners. Forced to spend their days doing menial labor, they live in fear, trying to keep their powers secret all while being surrounded by the enemy — the Silores.
And to make matters worse, Tera is consumed by guilt. But it’s that guilt that keeps her determined to discover the secrets behind how they got their Aelore powers...
But Tera’s struggles don’t end there. As she finds herself responsible for many Aelore children, she must return to the destroyed world she once called home. All while watching her dearest friend Kaiden descend into darkness.
Will Tera’s people ever be free again? Will she ever get Kaiden back? Find out in the thrilling second installment of “The Aelore Tomes” from the brilliant mind of author Jolene Skvarek, “Beyond the Stars”.

A Misbegotten Match (Desire in Disguise)