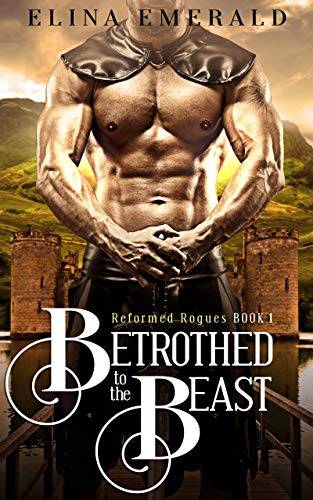 The Reformed Rogues series follows the lives of three fearsome Highland Warriors who form a bond stronger than any blood tie. It is set in 11th Century Scotland during the reign of ‘The Red King.’ Books can be read as a standalone but recommend reading books in order.

Highland Chieftain Beiste MacGregor is a ruthlessly ambitious warrior with the viciousness of a beast. He has little interest in women beyond the bedchamber. On the order of the Red King, he reluctantly travels with his men to the Lowlands to formalize a Betrothal to a woman from clan Dunbar. He is not prepared for the troublesome but striking clan healer he meets on the way, who not only infuriates him but stirs something deep within his soul.

Amelia Dunbar is a clan healer and the illegitimate daughter of the Earl of Dunbar. When she is not serving as a companion to her half-sister, she is tirelessly attending to the sick in her clan. Amelia has plans to find her mother's people in the Highlands and is about to embark on her journey when she is waylaid by the arrival of fearsome warriors. One warrior, they call ‘the Beast’, rouses her ire and sets her heart racing at the same time.

Warning: Brawny alpha males, historical inaccuracies and frivolous entertainment ahead. If you like your fiction to be factual then this book is not for you. Not suitable for readers under the age of 18. Contains mature content. [Re-edited May 2021]

Under My Skin: An Enemies to Lovers Romance Collection

The Given: Interland Series Book #1