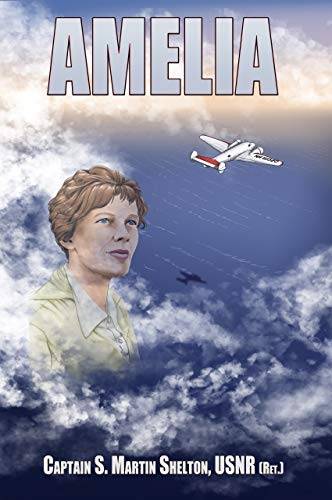 2 July (1937) is the anniversary of the mysterious disappearance of the famous aviatrix Amelia Earhart on her flight in an Lockheed Electra across the central Pacific Ocean. Pundits, authors, and explorers have advanced reasonable (and outrageous) scenarios to explain the Earhart enigma—to no avail.

Amelia Earhart, the famed aviatrix, vanished somewhere in the south Pacific during her attempt to fly around the world in her specially modified Lockheed Electra in July 1937. "Lost at sea" is the official story. The U. S. Navy was not convinced. The director of the Office of Naval Intelligence tasked his operations officer with uncovering the details of Earhart’s disappearance. His extensive research engendered more questions about government involvement than hard evidence about her disappearance.

Accidentally Yours: A Steamy Small-Town Romance

CLAIMED BY A HIGHLANDER

Blood of a Gladiator