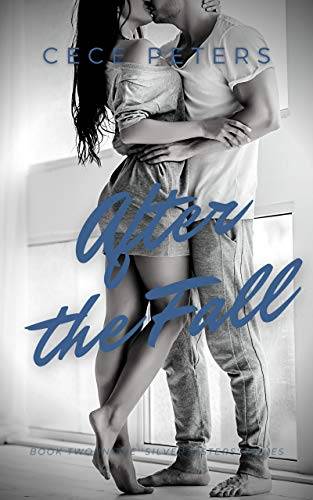 People assume that falling on my butt at the Olympic Games is the worst thing that has ever happened to me. But those people are wrong.
Yes, my fall off of the uneven bars, my best event, hurt my pride and my chance at an individual gold medal. But it's my broken heart that hurts the worst. And all because of Marcus Scott.
I was just fourteen-years-old the first time I laid eyes on Marcus. He was nineteen, a senior men's national gymnastics team member and too old to pay any attention to me, a junior on the women's squad. But over time, we connected, although we were never more than friends. Until one day when he just disappeared, not only from gymnastics but from my life.
So imagine my surprise when, over a decade later, Marcus walked into the gym I owned to apply for a coaching position. I told myself that my silly childhood crush was in the past and that I could work with him. That there wouldn't be any problems between the two of us.
But I never could have foreseen what would transpire once we were reunited.
******************************************************
Welcome to the second book in the Silver Sisters series, After the Fall, which tells the story of Elizabeth "Beth" Conner, the second oldest member of the United States women's gymnastics team that had to settle for second place at the Olympic Games. Now nearly a decade later, Beth, like her teammates, is trying to navigate her adult life while trying to reconcile her past. And after watching her best friend marry her soul mate, Beth realizes that she, too, is still longing for her one true love.
"The Silver Sisters" series is a clean sports romance series that features only minor language and vague sexual references. All of the stories are tied together but each can also be read as standalone books.
Romance Anthologies Olympics & Paralympics Individual Sports eBooks

Deal with the Devil