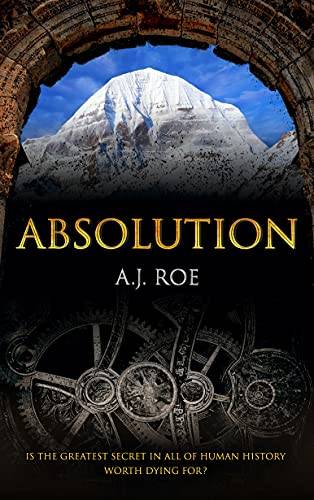 Is the greatest secret in all of human history worth dying for?

When Rick Wilson, a treasure hunter desperate to make his mark on the world, discovers an ancient dagger in a cave on the Scottish coast, all is not as it seems. Unknowingly, he has triggered a series of events with consequences far greater than he could ever have imagined.

In the midst of a horrific car crash, a disembodied voice appears in Rick’s head, guiding him to safety. Fearing for his sanity, the treasure hunter tries to sell his find to a collector in Japan, but in doing so finds himself thrust into a world of criminality, betrayal and murder. Now staring death in the face, desperate to get back to his family, Rick is offered a deal by the mysterious voice and his fate is sealed.

Pursued across continents by a team of ruthless killers, Rick must discover what the voice wants from him and why. He will either reveal the single greatest secret in all of human history or condemn our world to annihilation. The only question is which will come first?
Mystery Action Fiction Crime Action Fiction Men's Adventure Fiction

where was the editor?

Made it to page 80, then couldn't take any more, due to the lack of content editing. Example: page 80 describes a Remington frontier revolver of "forty-four-milli-metre" That is quite a large revolver, since a WW2 battleship used 28 MM anti-aircraft guns weighing 10,500 lbs. and having a length of 119.6 inches. Do you thing they ment .44 caliber?

Tequila Sunrise at the Rio Grande