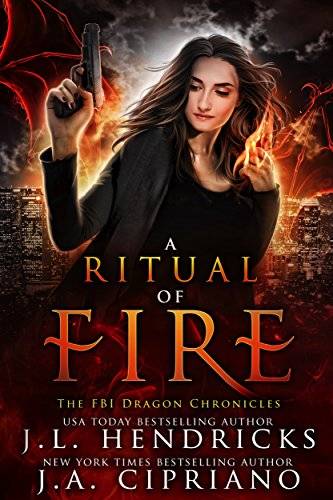 Find out the secret darker than her dragon shifter formIn the first novel in The FBI Dragon Chronicles, Alyson Andrews’s Investigation of a gruesome
serial murder sends her into the darkest depths of the city’s magical underbelly...As the last known dragon shifter, Alyson knows firsthand how dark black magic can be.
So when she and her vampire partner come under attack, she knows she has to put an end to
the sacrificial murders. But where there's magic, there's bound to be powerful witches. And they’re the only ones who can detect the truth of her identity...Series is now complete!
The FBI Dragon Chronicles
Book 1 - A Ritual of Fire
Book 2 - A Ritual of Death
Book 3 - A Ritual of Conquest Scroll back up and click the Read for Free or buy with 1 click button to join the team and defeat the evil today!
Fairy Tale Fantasy Dragons & Mythical Creatures Fantasy Mythology & Folk Tales