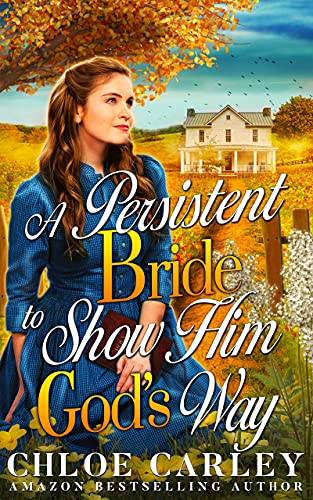 She learned it was better to keep silent than to tell others what she feels until she met him. Now, how can she embrace her Godsent husband and her new voice?
"The LORD said to him, "Who made man's mouth? Or who makes one mute, or deaf, or seeing, or blind? Isn't it I, the LORD? Now go; I will help you speak and will teach you what to say." Exodus 4:11

Esther is a scarred young girl who suffered a tragic accident. After an ungodly event, she gets married to Paul, a secluded rancher close to the ranch she grew up in. Getting over the trauma of her affliction and looking after the ranch are the most challenging tasks she has ever faced. Paul is a mesmerizing man but very isolated and she cannot reach him. How can she trust in Lord’s will and dedicate her soul to Paul’s?

Paul is a young rancher who has forsaken God after the loss of his family. Getting married to Esther was the only way to re-establish his family’s honour. Falling in love with her, though, wasn’t part of his plans. When he realizes that Esther’s condition is misinterpreted by the whole town, his heart unlocks to God’s plan. How can he overcome his fear of being left behind and love his bride once and for all?

Esther and Paul must move mountains to overcome their trauma. Each tends to their own but only if they stand together against those that wish them evil can they really be together as husband and wife. Will they succeed though?

A Persistent Bride to Show Him God's Way is a stand-alone Christian Historical Romance book with a guaranteed happily ever after. If you like a heroine whose religion plays a major role in her day-to-day life, and she experiences a deep love in an era that traditional morality is reinforced, then you'll love Chloe Carley's inspiring book.

Buy it now to discover Esther's romantic and inspiring story in the Old West!

Get this Book FREE With Kindle Unlimited!

How to Fake an Irish Wake: A Cozy Mystery Set in Ireland

Falling For You: A steamy contemporary romance