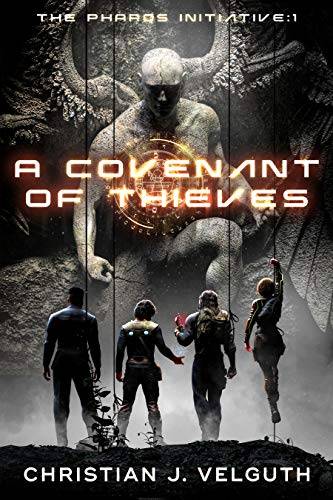 For millennia a small sanctuary in northern Ethiopia has held a secret: the lost Ark of the Covenant.
Now, in a near-future gripped by war and climate change, that secret has been revealed. And professional thieves Rick Alvarez and Kai Villeneuve have just been hired to go steal it.
For them it’s a shot at fortune and glory. But they’re not the only ones hunting the Ark. For futurologist Estelle Kingston, it could hold the answers to her late father’s double life. For disgraced FBI agent Booker Hopkins, it could be the key to a vast global conspiracy.
And for some, the Ark contains secrets that could rewrite the past and future of mankind. Secrets that could save us or destroy us.
Secrets which powerful forces will stop at nothing to claim.

Fangirling Over You: A sweet celebrity romance