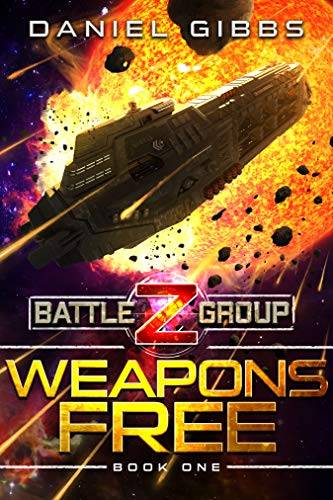 Thirty-five years of peace. One vicious attack destroys it all.Reservist Lieutenant Justin Spencer loves every minute of flying fighters through space during his annual two-week tour with the Coalition Defense Force. The job back home isn’t nearly as thrilling as blowing up asteroids with the squadron under his command, but it keeps him close to his wife and daughter. After all, joining the CDF was only for the free education. Justin never expected a battle, much less a war.With one shot across his cockpit, peacetime fades into memory.An unexpected enemy emerges with overwhelming force designed to obliterate the Terran Coalition. The League of Sol has a different name, but it’s the same communist regime that chased away much of Earth’s population hundreds of years ago.Illusions of returning home are shattered in a single instant. Simulated battles become all too real, and it’s full-on engagement or permanent elimination. Death and destruction erupt across the Terran Coalition and leave Justin in a protracted war with only one truth remaining.The battlefield will leave no one unscathed.
Space Opera Science Fiction Space Fleet Science Fiction eBooks Space Marine Science Fiction eBooks

Morning of the Waking Dead

Beyond Tomorrow: An Action Thriller Novel