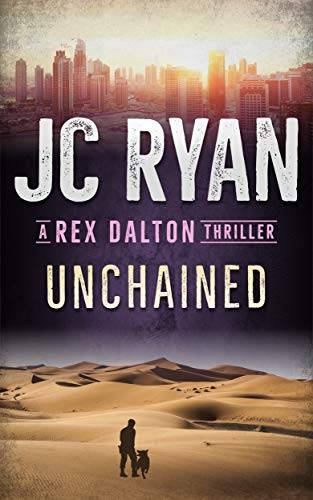 Following the deadly events of Afghanistan, Rex Dalton and his companion, the military dog, Digger, escape from Afghanistan and make their way into India. Rex knew that to stay alive he has to remain ‘dead’.

Rex tries to put the past behind him and start a new life, no more secret missions, no more killing, no more violence. He and Digger are going to travel the world, visit historical places, and learn about other cultures. Life becomes an extended holiday, they have nowhere to call home and they’re enjoying every moment of it.

Rex and Digger are on their way to Kapal Mochan, India, where Rex intends to dip his hand into a sacred spring, a symbolic act of cleansing the soul and in his case to finally put his violent past behind him. When they pass by a public park, Digger starts shifting around in the front passenger seat and looking at Rex as if to say, “So, when are you going to stop and give a dog a chance to go to the toilet?”

It is the ideal place to let Digger out and he pulls off the road. While Rex is unpacking their lunch, he becomes aware of the presence of a strange old man who seems to have appeared out of thin air. After a few moments of awkwardness, the two of them to start talking, and before long Rex and Digger have an invitation to dinner with the old man and his wife.

During dinner, Rex finds out that the couple’s youngest daughter has gone missing and decides to help them find her. A decision which puts him and Digger on a perilous journey.

As Rex follows the leads to the missing girl, the closer he gets the more dangerous it becomes. Between a man in prison, an unscrupulous money lender in Mumbai, an illicit arms dealer in Saudi Arabia, and their cronies the two of them get into more danger than they’ve ever been. It turns out that the daughter of his new-found friends is not the only one in need of help and it starts to look as if he is not going to be able to help anyone.

UNCHAINED is a full-length novel, a nail-biting thriller by best-selling author JC Ryan. It is the third book in the electrifying new Rex Dalton series.

Behind the Light of Golowduyn