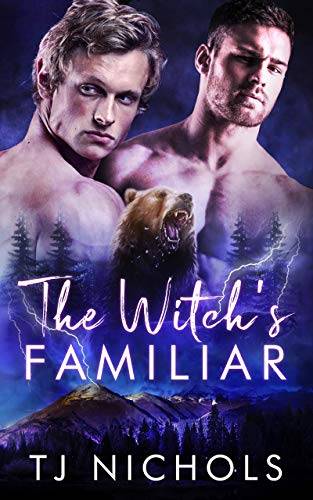 He can hold lightning in his hand, but will love slip through his fingers?

Jude Sullivan has one more chance to prove he isn’t a danger to the paranormal community. If he fails, he’ll be stripped of his magic, a painful process to make a witch human.

As a test, the Coven sends him to Mercy South, Colorado, to stop a creature that’s been mutilating cows and scaring the locals. Jude hates cows and small towns. The Coven should’ve sent a nature witch.

Rob Mackenzie is the local mechanic and bear shifter. If the locals knew his secret, they’d run him out of town. He wants someone to really know him and not be afraid. With several chewed-up cows and some other weird happenings, he’s wondering if he’s no longer the strangest creature in Mercy.

After meeting Mack, Jude thinks he’s found the cause of the trouble. But the trouble is only just getting started when Mack realizes he’s Jude’s fated mate. As the cow-mutilating creature starts hunting in town, Mack and Jude will have to quit fighting their attraction and each other, to stop the creature from killing again.