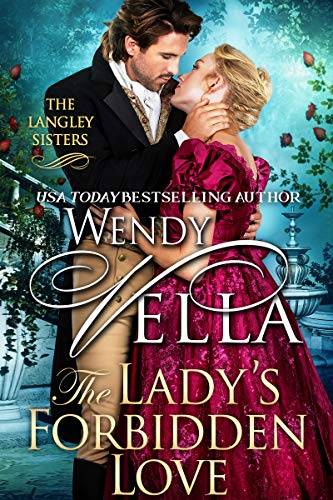 A lady in disguise

Betrayal is the one sin businessman Daniel Dillinger will not tolerate, so when sweet governess Abigail Wright reveals herself to be Lady Abigail Deville, sister of an earl, he vows to never cross her path again. However, he soon learns what led to Abby’s deception, and when he saves her from a knife-wielding villain, Daniel realizes he can no longer deny what is in his heart. Can he keep her safe? Losing her is not something he can contemplate.

One night of forbidden temptation

Living with four protective brothers and society’s restrictions forced Abby to sneak out of the house one night. Just one night of freedom would be enough, she’d believed, and that night had given her Daniel. When her lie is revealed, as eventually they always are, he keeps her secret, but she sees the anger smoldering in his eyes. When he is forced to protect her, Abby vows to make him look at her like he did that night once more, but to do that she must live long enough to ensnare his heart.