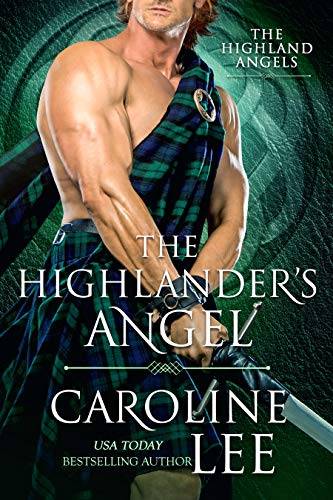 When Robert the Bruce's queen formed the Angels, an elite group of spies masquerading as her ladies-in-waiting, she probably didn't imagine they'd be called on to save her life. But that's what happens when Queen Elizabeth is entertaining the Fraser delegation.

Luckily, her lady Courtney is deadly with a bow, and recognizes the assassin. Court's history with the band of thieves and murderers who raised her means she has a very different skill set than most women in the queen's retinue, and she's not afraid to employ it. But she is used to working alone, and the idea of being saddled with an unwanted partner--particularly when that man is gorgeous, dangerous, and a prime suspect--is galling.

Ross Fraser, the queen's longtime bodyguard, can't believe one of his kinsmen could be involved in this treacherous plot. He'll do everything in his power to prove his clan is innocent of treason, even if it means partnering with a testy and deadly thief-turned-spy... One who holds his heart after that single night they spent together years ago.

Ross must choose between his loyalty to his laird and his loyalty to his heart, as Court's reuniting with her "family" makes her question everything she thought she understood. When metal hits meat, can this unlikely duo learn to trust each other, or will the plot to bring down the Scottish monarchy succeed?

A Page of Murder

Suddenly Wealthy: An Athlete's Guide to Winning the Money Game

Rescued by a Rogue