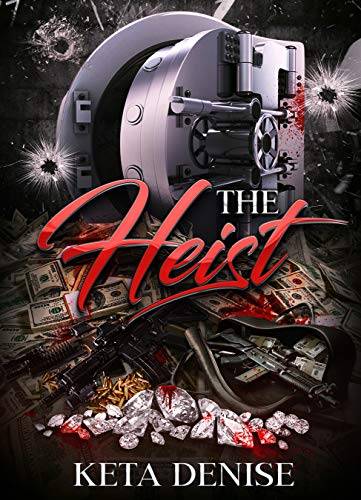 Jules St. Laurent has pulled and completed some of the most elaborate jewel heists in the world.His last heist was set to be his most lucrative and would allow him to retire before the age of 30. Those dreams are halted when four unknown men rob him after his heist and take the diamondshe worked hard to acquire. Jules makes a promise to find the men who crossed him, make them pay with their lives and reclaim his diamonds. He soon learns that the task will be moredaunting than he’d planned.
Londyn Francis is the girl most men wanted, and most women envied. She’d lost both of her parents at a young age and was raised by her older brother Logan. Logan made sure that Londyn was well educated and wanted for nothing in life. Her world was suddenly turned upside down when her brother is no longer around to be her rock, but with her best friend Shaena, and her boyfriend Makai, Londyn is confident she’ll make it through. However, she has no idea of the threats that surrounds her as it becomes clear that she is the one person that can lead Jules back to his diamonds. Loyalty, trust and relationships are tested in THE HEIST, and soon both Jules and Londyn will learn that things are not always what they seem to be.