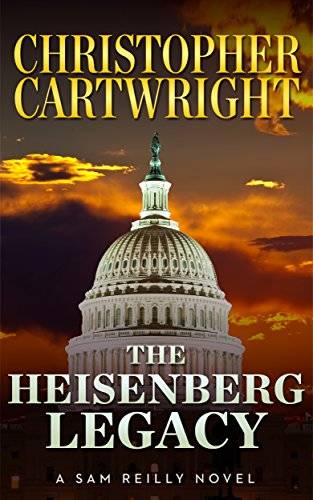 On January the 22nd, 1945, a secret weapon of unimaginable power was brought from the quiet town of Haigerloch in Germany’s southwest, and loaded onto a plane waiting at Stuttgart.

Less than a dozen people knew of the weapon’s existence, and even less knew where it was being taken.

The aircraft, its crew, and its remarkable cargo were never seen again.

When the wreckage of the aircraft is located in present day Washington D.C. with no sign of its deadly cargo on board, Sam Reilly is called in to investigate.