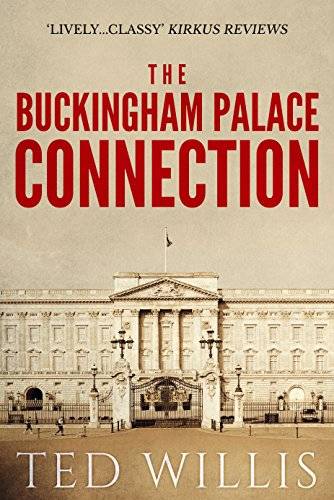 It began in the House of Lords on a hot summer afternoon in 1976.

The Baroness Ward of North Tyneside had asked Her Majesty’s Government whether there were any unpublished documents in the archives which related to the murder of the Tsar by the Bolsheviks in 1918, and if any members of the Russian Imperial Family had survived.

The minister replied that there were no such documents, but he added, significantly, that no one could be sure about the fate of the Tsar’s family. Among the peers who sat listening to this exchange were two men: Viscount Tremayne of Trevellick, and Ted Willis, the author.

Later, they met and talked. And from that meeting there unfolded, bit by bit, the extraordinary story of what really happened in the war-ravaged Russia of 1918. As a young man Tremayne had been summoned to Buckingham Palace and given a special commission from King George V and Lloyd George. He was to mount an expedition to rescue the Imperial Family of Russia from the execution which threatened them.

Here, in graphic detail, is the story of that great adventure. Eastern Siberia was in the toils of civil war and revolution, the countryside a battlefield between ‘Red’ and ‘White’ armies and bandits. Tremayne and his companions make their way by armoured train from Vladivostock to Ekaterinburg in a hazardous race against time.

Will he reach the ‘House of Special Purpose’ in Ekaterinburg where the Tsar is imprisoned in time? Can he succeed in pulling off the rescue of the century?

This thrilling story is, at the same time, utterly credible. History is never disregarded or flouted. Perhaps Tremayne really did know what happened at Ekaterinburg. From the first page to the tension-packed climax the pace never slackens.

Ted Willis has been called ‘the master story-teller of television’: in this book, he establishes himself as a master of the adventure thriller. Author of many stage and television plays and series as well as a novelist, Willis was born in London in 1918.

He joined the Royal Fusiliers during World War II and worked as a writer of War Office films and Ministry of Information documentaries. Since then his career has been as a writer, his first play, Buster, appearing on the London stage in 1944. Many plays followed and also many television series such as Sergeant Cork and Dixon of Dock Green. He was created a life peer in 1963. The Buckingham Palace Connection is his fifth novel.

This was recommended by a friend in England and we both enjoyed it (my husband and I). Why are three more words required? I said what I thought. That ought to be enough!

An adventure thriller inspired by one of the great unsolved mysteries of modern history.
An exciting and wonderfully imaginative story of how George V., King of England, tries to save his cousin Tzar Nicholas II from the Reds during the Russian Revolution in 1918. James Tremayne is secretly commissioned to mount the rescue expedition. In Vladivostock, Tremayne joins forces with a White Russian general, Kasakov, and an American construction engineer, Jim Story, an expert on the Trans-Siberian Railroad.
Eastern Siberia was in the toils of civil war and revolution. Through the turbelent wasteland Tremayne and his companions make their way by armored train toward Ekaterinburg, where the Imperial Russian family are being held captive. The White forces are closing in, and there is danger Tzar Nicholas and his family will be summarily executed if the Reds are forced to withdraw.
It is a hazardous race against time and dangerous odds, and from first page to last the pace never slackens. Based solidly on history, this novel deals with one of the great unsolved mysteries of modern times...What happened to the Tzar's family? It comes up with an answer and at the time makes for a highly entertaining story.

Mama's Manual: Practical Tips from a New Mama to Help You Through Your First Year of Motherhood

Cop of the Year