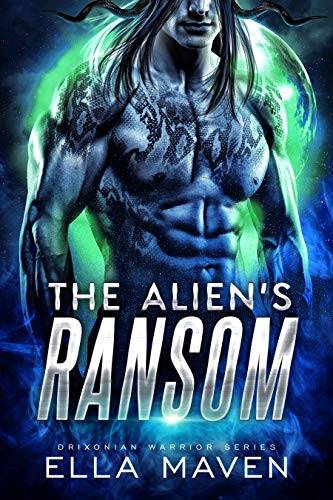 "Nothing in my life had prepared me for extraterrestrial motorcycle clubs."

Frankie: I thought alien abductions only happened in movies. But here I am on a strange planet with green soil and a gang of muscled, wicked-horned aliens on hover bikes. All I want to do is go back to Earth, but the alpha male in charge has decided I belong to him. Now I'm on the back of his bike speeding to an unknown destination and super freaked out about liking his biceps and serious scowl. Good thing I have some banked personal days, because this might take awhile...

Daz: The job is supposed to be easy. All I have to do is deliver a spaceship of living cargo to the vile Uldani and they'll release my brother. If I fail, they'll take it out on him. Except the cargo is something I've never seen before--human females. The one called Frankie is beautiful and soft, and I've already spilled blood for her. Now how am I going to save my brother? Because this human female is mine.

The Alien's Ransom is a full-length Sci-Fi romance novel featuring a snarky heroine who tries to find the humor in everything, even when kidnapped by aliens, and a possessive hero with lots of hidden weapons. Big ones.
Galactic Empire Science Fiction eBooks First Contact Science Fiction eBooks Superhero Fantasy eBooks