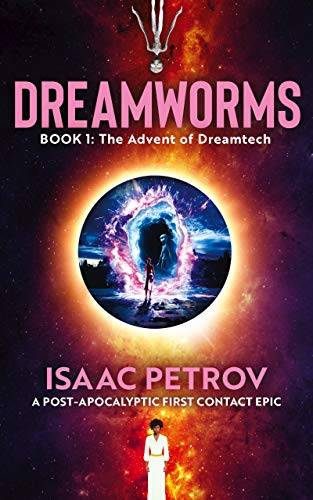 IT IS DECEMBER 2399. Civilization has long collapsed—the legacy of an inescapable disease. Only a religious group has adapted to lifespans of mere 27 years, spreading into the global rural utopia known as Goah’s Gift. A happy society, oblivious to its own fragility.

A STEP AWAY FROM EXTINCTION.

Welcome to the history seminar of Professor Miyagi of the University of Lunteren-Deviss. Using the latest twenty-sixth century dream sensorial technology, you and your fellow students are about to dive deep into the momentous events when doom was playing dice with humanity.

This is the story of a badass woman that meets an alien deep in her dreams. An alien with an agenda.

This is the story of a world-shaking religious revolution. In a deeply religious world.

This is the story of dreamtech, and the impact of alien technology on a dying human world.

BOOK 1 of the DREAMWORMS series includes:

'Tis the Season for Murder

Love is More Than Skin Deep

The Zoo on the Sea: Noah and the Ark (Grammy Giggles Bible Story Books)

Fit for a Queen

The Beauty of Bucharest