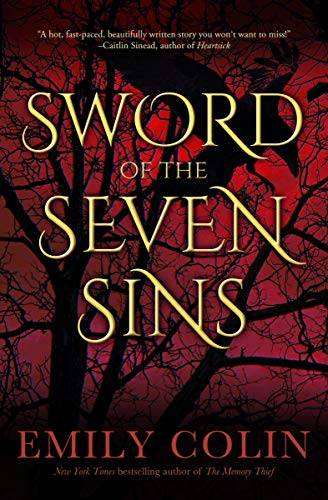 **Now a FINALIST for a Foreword INDIE Award**

From New York Times-bestselling author Emily Colin comes a story of one young woman’s battle for freedom in a future world where love is the ultimate sin.

Eva Marteinn never wanted to be a killer.

Raised in the Commonwealth, where citizens live and die by the code of the Seven Sins, Eva is sickened by the barbaric punishments the High Priests inflict. She sees the Bellators of Light, the Commonwealth’s executioners, as no more than conscienceless killers.

When she’s Chosen as the first female bellator—and can’t refuse, on threat of exile or disgrace—Eva is devastated. But she turns out to be inordinately gifted at the very role she abhors…no thanks to her mentor, Ari Westergaard, who alternates between ignoring her and challenging her to impossible tests.

Ari’s indifference conceals a dangerous secret: He’s loved Eva since they were children. When Eva falls for Ari too, she knows they should do anything to avoid each other. Love is forbidden. Lust is a death sentence. But as mentor and apprentice, they’re bound by the blood oath they swore the day of Eva’s Choosing.

Balanced on a razor’s edge of desire and betrayal, the two uncover a secret that could overturn the Commonwealth itself. Now Eva must make an impossible choice: Turn her back on Ari, and remain loyal to the only home she’s ever known—or risk everything on the slim hope of freedom, and stake her life on the boy she’s come to love.

Saltwater Cowboy: An Edge of Your Seat Christian Romantic Suspense Novel with Wild Horses and an Isolated NC Island