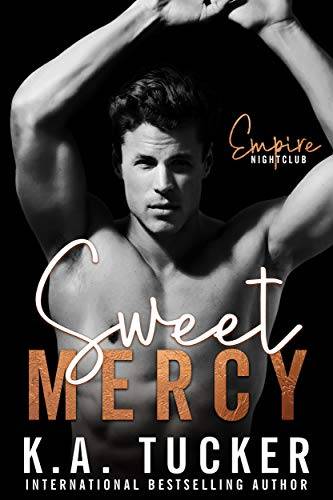 From internationally bestselling author K.A. Tucker comes the dark and steamy Dirty Empire series.One visit to my father in prison—convicted for a murder he didn’t commit—and I’ve attracted the attention of the last man I’d ever want knowing that I exist.Gabriel Easton.Son of an infamous crime boss. Deplorable womanizer. Scoundrel to the core.Worse, he has figured out how desperate I am to protect my father from brutality behind bars. He has the power to grant that protection, and he has offered it … for a price.Me.I am to become a “guest” in his mansion, to live with him until he tires of having me around.I'll do anything for my father, including agree to Gabriel's cruel game. But I won't comply with his every whim and wish.Not when he taunts me with that ruthless spark in his cold blue eyes.Not when he requires that I share his bedroom at night.Unfortunately for me, I think my loathing for him is what he’s enjoying most.That's fine. By the time I’m through with him, he’ll be crying my name.Mercy.
This title is recommended for mature audiences only due to graphic content.
Warning: For readers who might be triggered by sensitive subject matter, this book contains scenes which depict suicide, rape, murder, and other graphic violence.
Romantic Suspense Organized Crime City Life Fiction

Yoga Guide for Beginners: 101 Poses and Sequences for Strength, Flexibility and Mindfulness

Bored on the Wild Side: Memories, Observations, and Misadventures