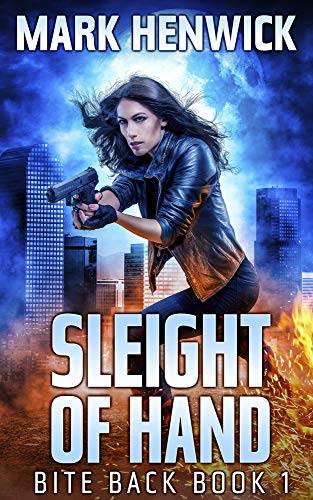 Not dead. Yet. Not undead either, but the odds are stacking up against Amber.

Denver’s brutal drug gangs want her dead, but there's no chance for her to hide away. Her PI business is already struggling to get by, and she has to take a job for a wealthy local businesswoman, Jennifer Kingslund.

That’s despite knowing the case will compel her to deal with the reason she had to leave the military’s most secret Special Forces unit: she was bitten by a vampire, and there’s no escape from that.

Out of sight of humanity, Denver’s dark side pulses with supernatural dangers, and the vampires want to claim Amber as their own.

Can Amber defeat the gangs and solve Jennifer’s case before she has to face her own personal crisis – to oppose the vampires ... or to become one?

Browse the reviews, check the sample and see if you agree:

"They represent some of the best the field has to offer."
- Charles de Lint, in a review of the series for Fantasy & Science Fiction